HashiCorp Terraform Cloud is now introducing a new reusable component in public beta: variable sets. Variable sets allow Terraform Cloud users to reuse both Terraform-defined and environment variables not just from root to child modules, but across certain workspaces or an entire organization. The most obvious use case is credential management, but variables can also manage anything: the size of an instance, availability zones, tags, the type of plan you’re deploying on a hosted service — even the artists on a Spotify playlist.

One of the most common use cases for variable sets is credential and identity management. Regardless of the service being consumed, there is almost always a need to establish how Terraform should authenticate it, and as who. The process of creating and defining credentials and service principles across multiple workspaces can become cumbersome as an organization’s workspaces grow to enterprise scale. 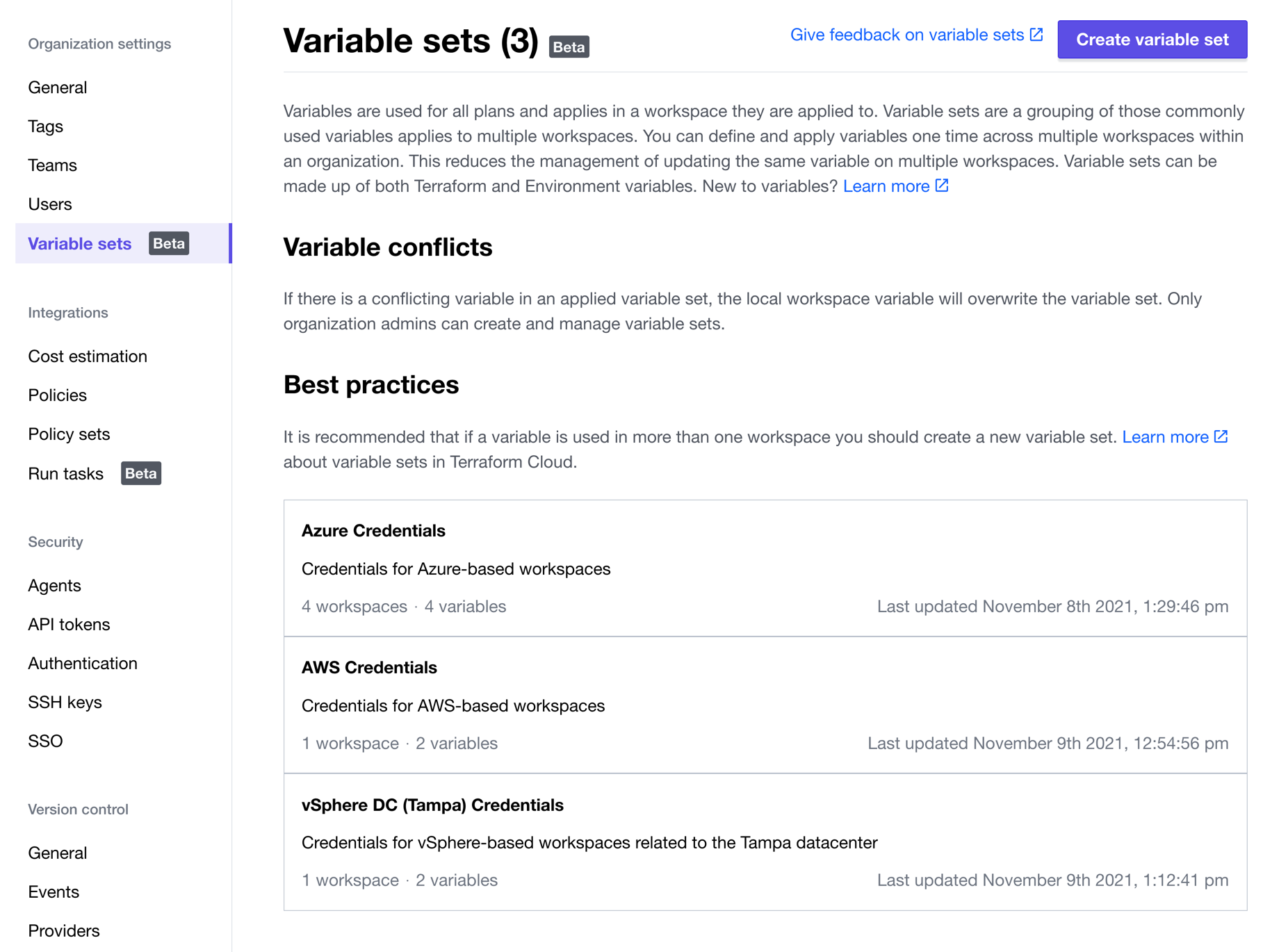 As mentioned, variables extend far beyond credential management. Variables can manage anything from availability zones to more complex things, like populating frequently used module arguments containing Terraform-defined and environmental variables. This is where the magic comes in. Using variable sets, organizations can more easily solve issues such as: 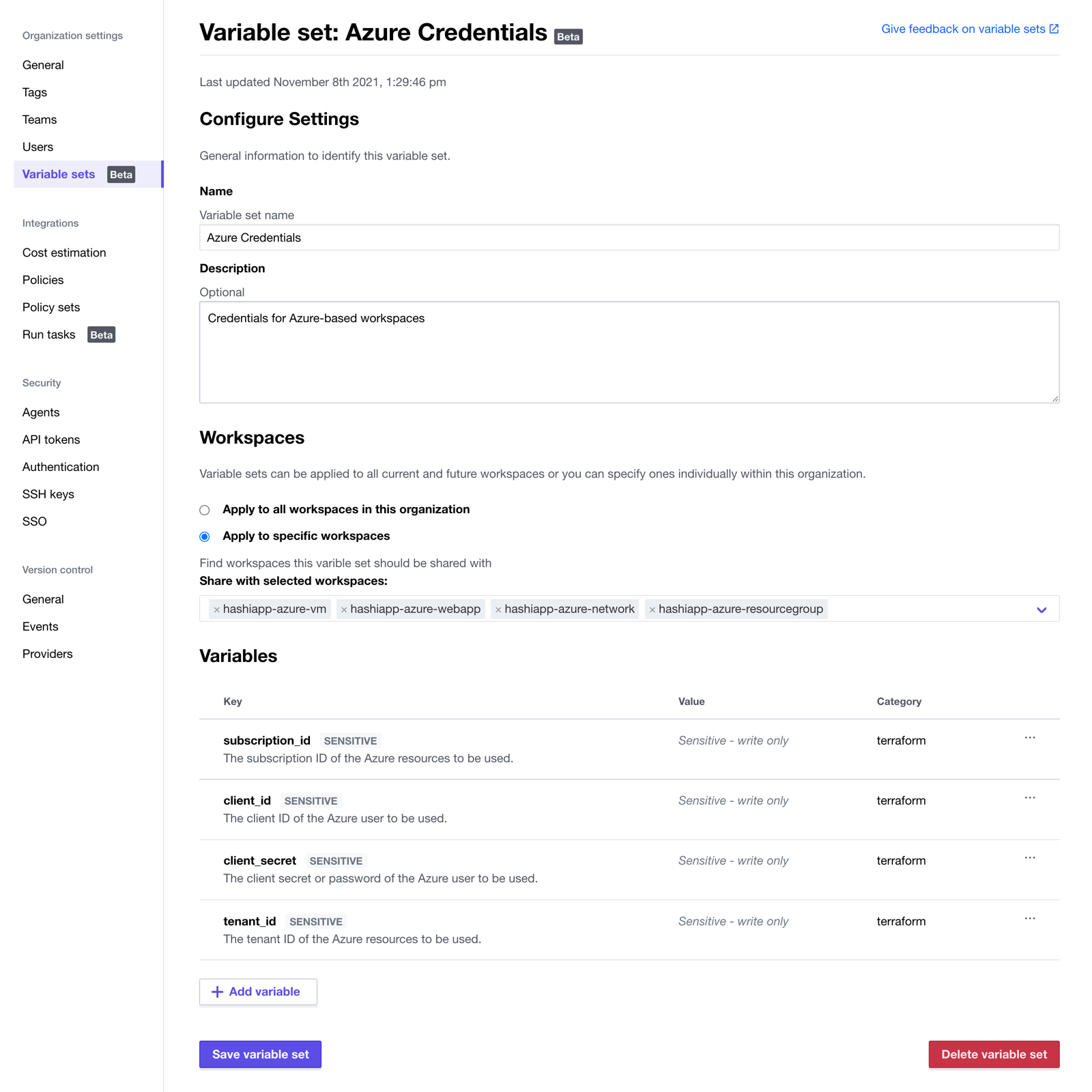 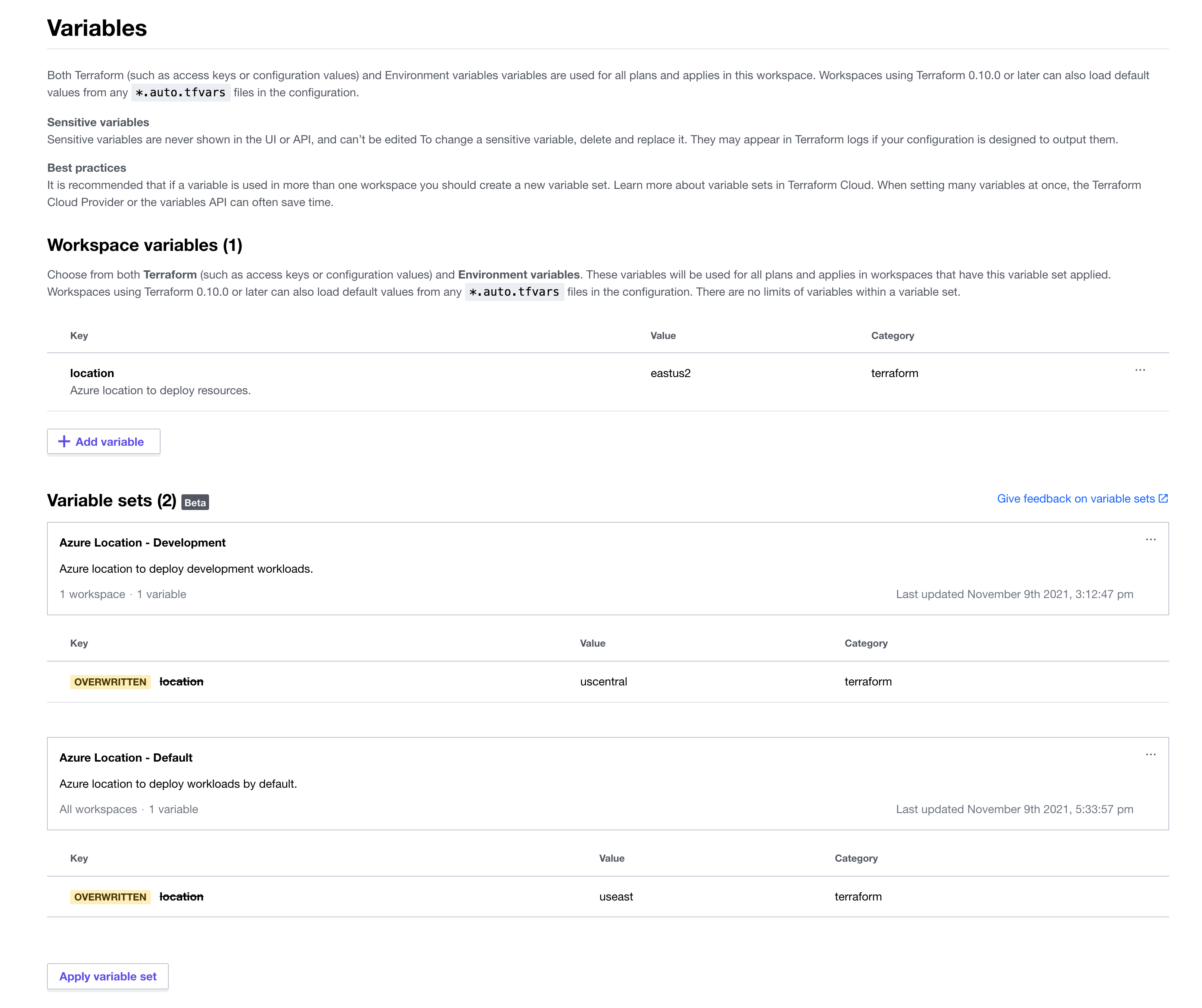 Get Started with Variable Sets